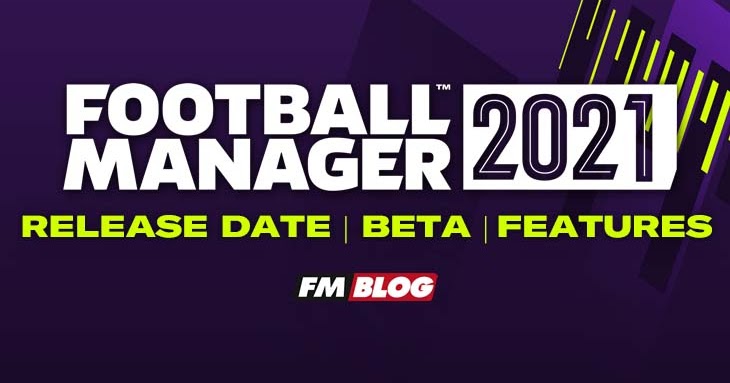 FM21's headline features cover a number of key areas of the game including the interaction system, matchday experience and the recruitment module. There are new communication methods, including gestures, and new interaction options between the manager, their players and the media. There are new presentation elements before, during and after a match and an overhaul to the match engine AI. Expected goals (or xG) makes its debut in the series as part of a wider suite of data analysis changes through an xG model, built by Sports Interactive in partnership with SciSports. Trophy presentations have been revamped too.[3]

Managers can also take more control of their club's recruitment strategy with a new recruitment meeting.[4]

FM21 features 117 leagues from 52 nations across five continents: Africa, Asia (including Australia), Europe, North America and South America.[5][6] Coverage is heavily slanted towards European teams, with 34 of its 51 constituent countries having playable leagues, while South Africa is the only country of Africa's total 54 that is covered.

29 leagues (across 14 countries) were fully licensed for the game, as was KNVB ('Team Holland'). Italy's Serie A has licences for all its clubs except Juventus, who appear as Zebre once again. The German national team was not licensed, however, having been reintroduced in FM20.

Football Manager 2021 saw the series return to Xbox consoles for the first time since 2007.[7] Modelled on Football Manager Touch, the game's user interface has been designed to work with the Xbox controller and the game will take advantage of Microsoft's Smart Delivery and Play Anywhere technology to enable cross-play across Xbox One, Xbox One X S, Xbox Series X S and FM21 Xbox on Windows 10.[8]

FM21 Xbox will be enhanced on Xbox Series X S with matches displaying in native 4K and up to 10 nations can be loaded up at any one time.[9]

Football Manager 2021 Mobile introduced three new nations to the game: Argentina, Canada and Mexico, which took the total number of playable nations to 24.[11]

Tactical templates have been introduced for the first time that replicate the most popular styles of play in world football and managers can now develop their own set-piece routines. The Dynamics module has new displays of social groups, player relationships and squad hierarchy while the way that human managers can communicate with their players has been redefined.[12]

Other features include the ability to set up links with feeder clubs and arrange pre-season friendlies.

Football Manager 2021 Touch encompasses many of the new additions from the Windows and macOS versions. The interaction system, matchday experience and new data analysis elements are included in the game.

Sega has announced import release details about its upcoming Football Manager series entry. Of course, this being annualized means we knew it was coming, but a specific release date has been revealed. Football Manager 2021 drops November 24, and Sega says an early access period will run for a few weeks ahead of launch.

Pre-purchasingFootball Manager 2021 nets you the early access privilege, alongside a 10% discount on RRP. These perks are only available if you pre-purchase from one of Sega’s “approved digital retailers,” which in this case are Steam and the Epic Games Store. Sega says its free period for Football Manager 2020 on the Epic Store was hugely successful, so we’re not surprised to see it on that storefront.

Specific details on the game itself are scarce, but Sega will be revealing more early next month. For now, the developer says they’re adding more tools for managers to express themselves, alongside increased levels of authenticity and extra layers of depth and drama. We’ll find out what these changes amount to in the coming weeks.

Sega has also gone over other platform plans and details on Football Manager Touch. The main game will be arriving on Xbox for the first time in over a decade. It’ll be play anywhere and cross-save too, allowing you to move between PC and Xbox on the same save file. Football Manager Touch will drop on PC, Nintendo Switch, and mobile devices “soon,” with a neat perk for PC players. Not only will Touch be available as a standalone purchase, it comes included with Football Manager 2021 on PC.

We expect early access to drop in early November then, and there’s reason to give it a go. Career progress started in early access carries over to the main game on November 24. For the first time, early access will be available on the Epic Games Store as well as Steam.